The origins of croquet are shrouded in the mists of time. All we know for certain is that it evolved in Ireland as a social pastime in the early decades of the nineteenth century and soon spread throughout the English-speaking world. Propelled by publicity in the British sporting press, it burst into flower in the early 1860s. No one had seen anything like it – a fun game that could be played by all, by young and old, by men and women. While the many, who we know today as players of 'garden croquet', clung to the game as a social pastime, the few aspired to higher things.

The first code of laws to receive universal recognition in this country was compiled by the leading clubs in 1870. When the All England Croquet Club, which had led this initiative, turned its attention to the development of Lawn Tennis in 1875, croquet went into eclipse. But it was soon to rise again. In 1897 the clubs around the country regrouped to form the United All England Croquet Association, soon to be renamed the Croquet Association, which remains to this day the game's national governing body and which continues to play a leading role in the development of croquet worldwide. 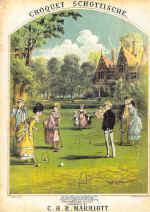 Competition is the essence of croquet. Individual tournaments, inter-club events, and national championships have been played since the earliest days. The game went international in 1925 with the institution of the MacRobertson Shield test series between the leading croquet nations; and, since the formation in 1989 of the World Croquet Federation, world championships have been held in most years.

As croquet became increasingly complex, clubs and national associations looked for ways of simplifying the game to attract new members. Experiments were held with a variety of novel formats. Today the World Croquet Federation recognises three forms of the game – Association Croquet, the traditional game played in most countries, the American Six-Wicket Game, and Golf Croquet, a hybrid game first recognised by the Croquet Association in 1934.

The game has made huge advances since it was first played in Victorian times on indifferent lawns with makeshift equipment according to crude rules. Changes in the laws and tactics, innovations in equipment, and standards of turf management have advanced hand in hand. Croquet today is just one of a galaxy of sports and games, keenly contested and highly regulated, like soccer, cricket, snooker, baseball, lawn tennis, and chess. 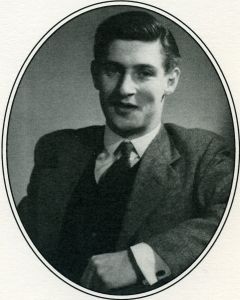 THE HISTORY OF CROQUET AS PLAYED AT CASSIOBURY PARK

Cassiobury Park, then attached to Cassiobury House in the ownership of Arthur Algernon Capel, sixth Earl of Essex (by the seventh creation), was one of the first places in which croquet was played in this country. The earl caught the croquet bug in the early 1860s and never looked back. A leading entertainer of high society and energetic entrepreneur, he hosted lavish croquet parties for the glitterati of the age and marketed the Cassiobury brand croquet set, manufactured in his own sawmills.

In later years, the Capel family, burdened by increasing maintenance costs, disposed of the house and surrounding parkland. In a series of sales, it sold parcels of parkland to Watford Council, to become Cassiobury Park as we know it today, and in 1922 it sold the main house at auction. But no one could be found to rescue the grand old house, and in 1927 it was demolished. The house and croquet grounds occupied an area of land, which is now part of the Cassiobury residential estate, bounded by Temple Close, The Gardens, Parkside Drive, and Richmond Drive.

The courts we play on today were laid down by Watford Council in 1936, just a few hundred yards away, at the other side of Cassiobury Park.

THE HISTORY OF THE WATFORD (CASSIOBURY) CROQUET CLUB

The present club affiliated to the Croquet Association, the national governing body for the game, soon after its formation in 1936. Originally the Cassiobury Croquet Club, the club changed its name to the Watford (Cassiobury) Croquet Club in 1996 in order to advertise its location more clearly to visitors from other clubs, to potential new members, and to the public at large.

The club has played on the same two lawns in Cassiobury Park, near the Shepherds Road entrance off Cassiobury Park Avenue, since its formation. A third lawn was added in 2004, and a fourth in 2019. The original clubhouse, a modest timber structure, was destroyed by fire in 1999 and rebuilt by Watford Council.